First and foremost, I would like to point out that calling this building the “Willis Tower” hurts my soul. Growing up in Chicago never seemed all that cool until I moved to Oklahoma and felt proud as ever to be able to call Chicago my home. The Willis Tower is a Chicago icon as it towers over other buildings and takes the spotlight in the Chicago skyline. Once considered the tallest building in the world, this architectural giant has quite the story.

I learned about Chicago architecture in the third grade and much of that information has long since been forgotten, so I had to acquire some new information to write this post. While conducting some further research I learned a lot about the building I’ve grown so accustomed to seeing. The architect responsible for designing this game changing structure is Bruce Graham. According to the Chicago Architecture Foundation, the plans for my favorite sky scraper encountered problems at a much larger scale than ever before. Being able to construct a building as tall as the Willis Tower with the ability to withstand winds and other natural events was a task untested. Fortunately for Chicagoans like myself, Graham was successful, and ended up changing the world of enormous buildings.

Today, with the addition of the Skydeck, the Willis Tower not only stands as a jaw dropping structure itself, but it also allows tourists to see the city in an entirely new way. Standing out over the ledge gives an entirely refined appreciation for the enormity of the tower. Furthermore, seeing the rest of the city and its architectural beauty from 103 floors to the sky is an incredibly unique experience. 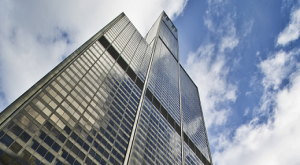 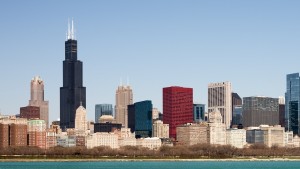 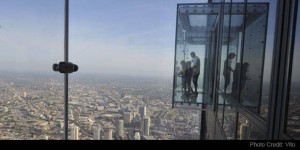 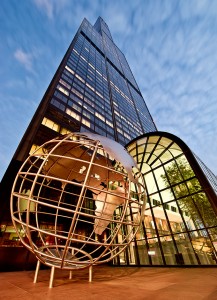