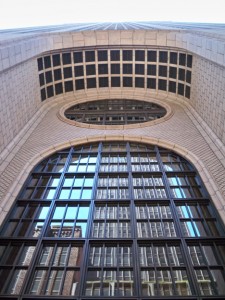 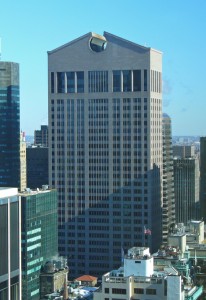 Much like the “Lipstick Building”, Sony Tower building is a postmodern design from Philip Johnson and John Burgee. It was opened in 1984 also with the aim of contrasting the glassy boxes around it. The most iconic feature is the “Chippendale” roofline that stands out in the surrounding New York skyline. It also featured brass marble finishes and many regarded it as an ushering in of a new architectural direction for the area. They were partly influenced by the classic skyscrapers of New York City specifically their distinguished and creative roofs moving away from the modern flat roof. The first level of the building is required by zoning laws to incorporate retail and public space and was influenced by the Galleria in Milan.