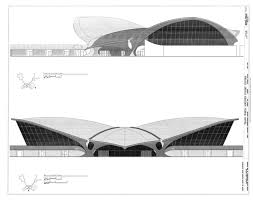 The Trans World Flight Center, or TWA Flight Center, was the original terminal of the JFK Airport in New York City. This terminal, designed by Eero Saarinen,  shows the unique and freely sculptural design  Saarinen was known for.

The design of the TWA terminal represents Saarinen’s continued exploration of “interior-exterior sculptural effects” (1). His motivation went beyond practical architecture and also served to evoke emotional connections and other stimulating states in those populating the building. In this particular case, he used his artistic and architectural abilities to capture the spirit of flight. 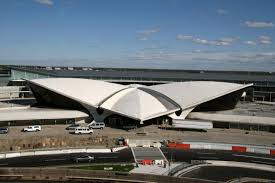 The TWA terminal is designed in a way that resembles a wing. This vision was accomplished through use of a symmetrical design that placed two cantilevered concrete shells that extend outwards. Inside, this exterior design creates an interior environment intended to evoke emotions of movement through the curvature of the ceilings and stairways. The flow of the building give the interior an appearance of the ceilings, walls, and floors all whisking themselves together. In all, the building serves as a symbol of flight and accomplishes its intention to elicit emotions associated with movement and flight as well (1). 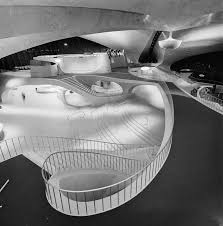 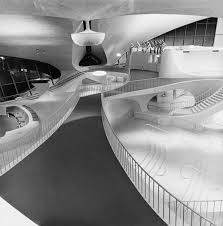 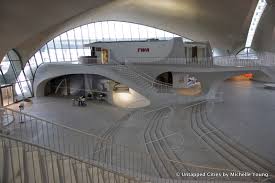 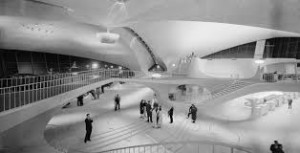 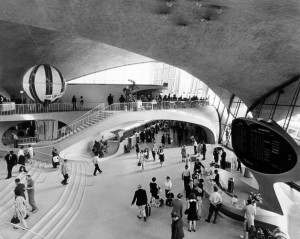 Structural components of the building include: 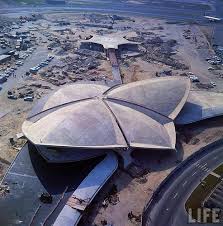 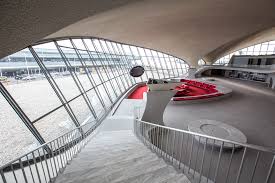 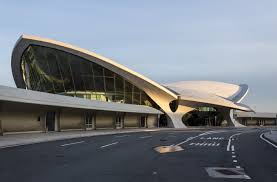