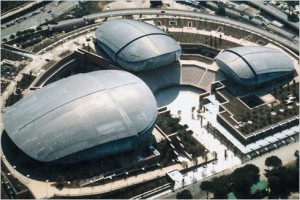 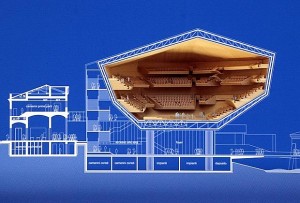 soundproofing quality. Parco della Musica is open to the public, welcoming anyone and everyone to explore music culture. It was built from 1995-2002 where part of the 1960 Olympics took place. In 2014, just twelve years after completion, two million people visited Parco della Musica, making it the second most visited cultural music venue in the world, second only to the Lincoln Center for the Performing Arts in New York City. Personally, I do not like the 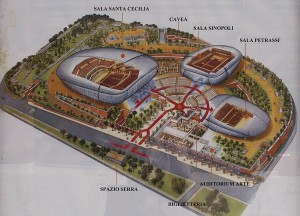 look of this music center. All I can think is “hungry, hungry cockroaches” when I see the park from an aerial view. However, I can still appreciate the grandeur of this architecture. 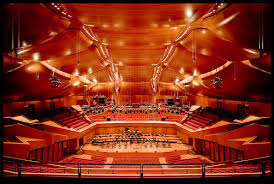 One thought on “Parco della Musica”