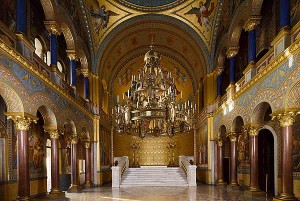 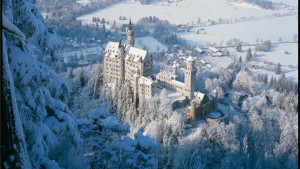 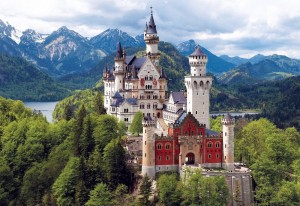 In Germany there sits one of the most impressive castles ever known as “The Fairytale Castle” . The gold themed throne room demonstrates the epitome of a kings place of power. The castle was built on top of a mountain, the way it forms along the peak is seems like it would be very tricky to pull off. There is are swan designs and themes can be found throughout each area because King Ludwig II’s favorite animal was the swan. There is a lake next to the castle where pairs of swans can be found. The castle was originally built by the king as a refuge of privacy, he was very shy. This was actually the castle that inspired Walt Disney to create the Magic Kingdom. The landscape it sets in is breathe taking.