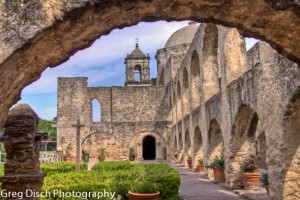 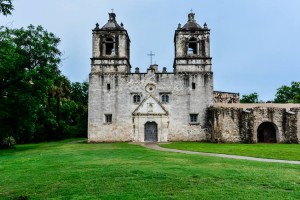 The San Antonio missions were created by the Spanish in 1720 and were meant to serve as a cultural sanctuary for, at its highest capacity, over three-hundred Native Americans. In the 1980s, they were designated historical parks, with San Jose being the largest. This mission contain a large courtyard, bordered by what use to be living spaces, with a large chapel and smaller courtyard at the far end of the entrance. Most of the original structure still stands, but you can see deterioration, especially in what were the living spaces. The mission was originally made of straw and mud, but as that did not last very long, were quickly replaced by stone.
The San Jose Mission was interesting to me because it allowed me to see the history of the land and area. I’ve visited San Antonio many times, but last year was the first time I got to see these parks. Being able to walk into the places where people actually lived kind of gave me an idea of how life was, although I won’t ever fully understand the hardships. The missions showed how important religion was to the people in those times, and how their lives revolved around it (but actually because the dwelling were around the church). San Jose really showed me how architecture can show history, maybe better than a textbook.