Masjid an-Nabawi, also referred to as the Prophets mosque, is one of the largest mosques in the world. It is located in Medina, Saudi Arabia and was first established in 622 A.D. Since then, many renovations have occurred to help keep up with the growing population of visitors. This mosque is an example of Islamic architecture with a classical and contemporary look. This biggest feature of it is the green dome located right in the center of it added by the Ottoman’s in 1818.

The mosque has two-stories which have mostly flat paved roofs, that are sometimes used when the call to prayer is made and the rest of the mosque becomes too populated. It features many large pillars, arches, and domes. 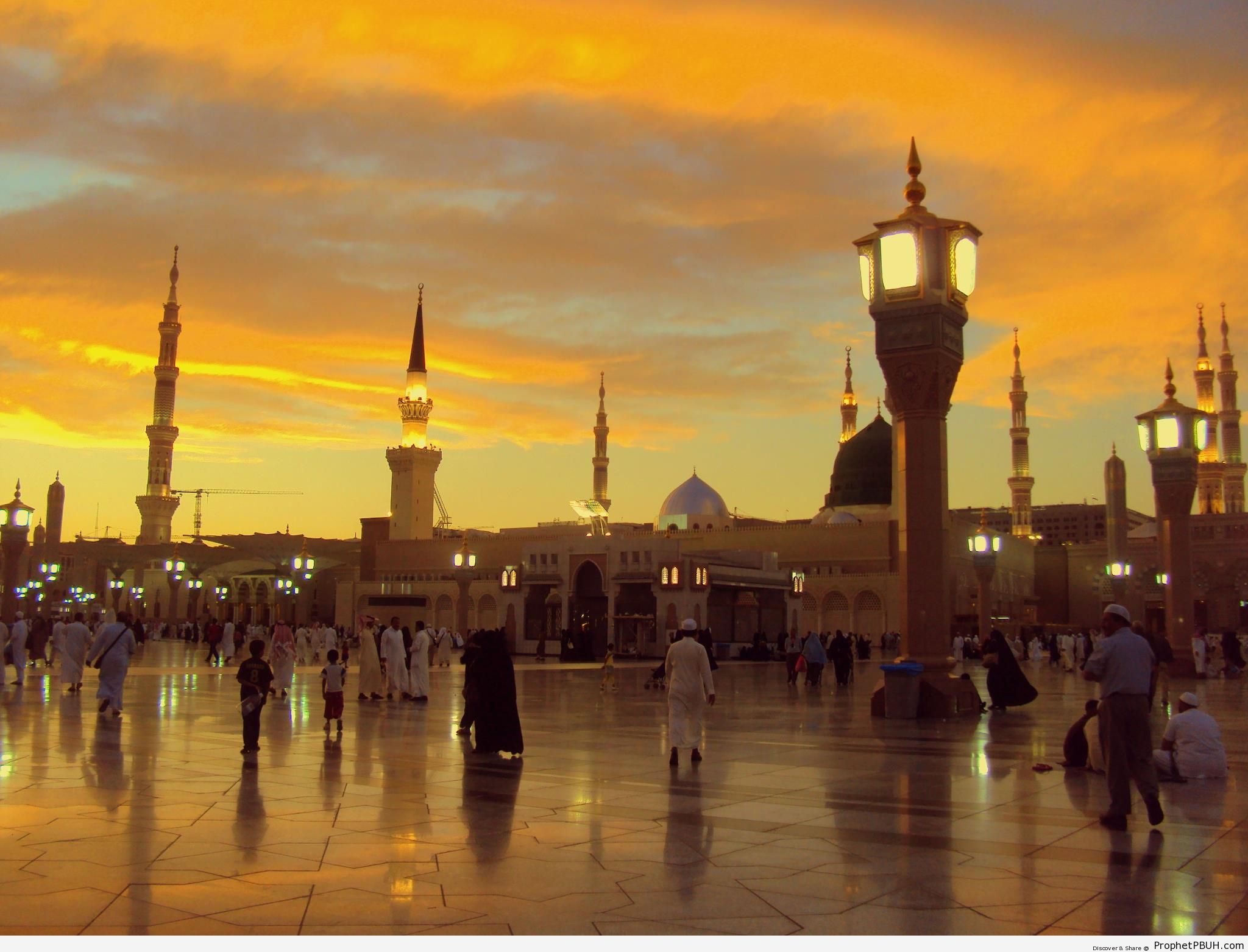 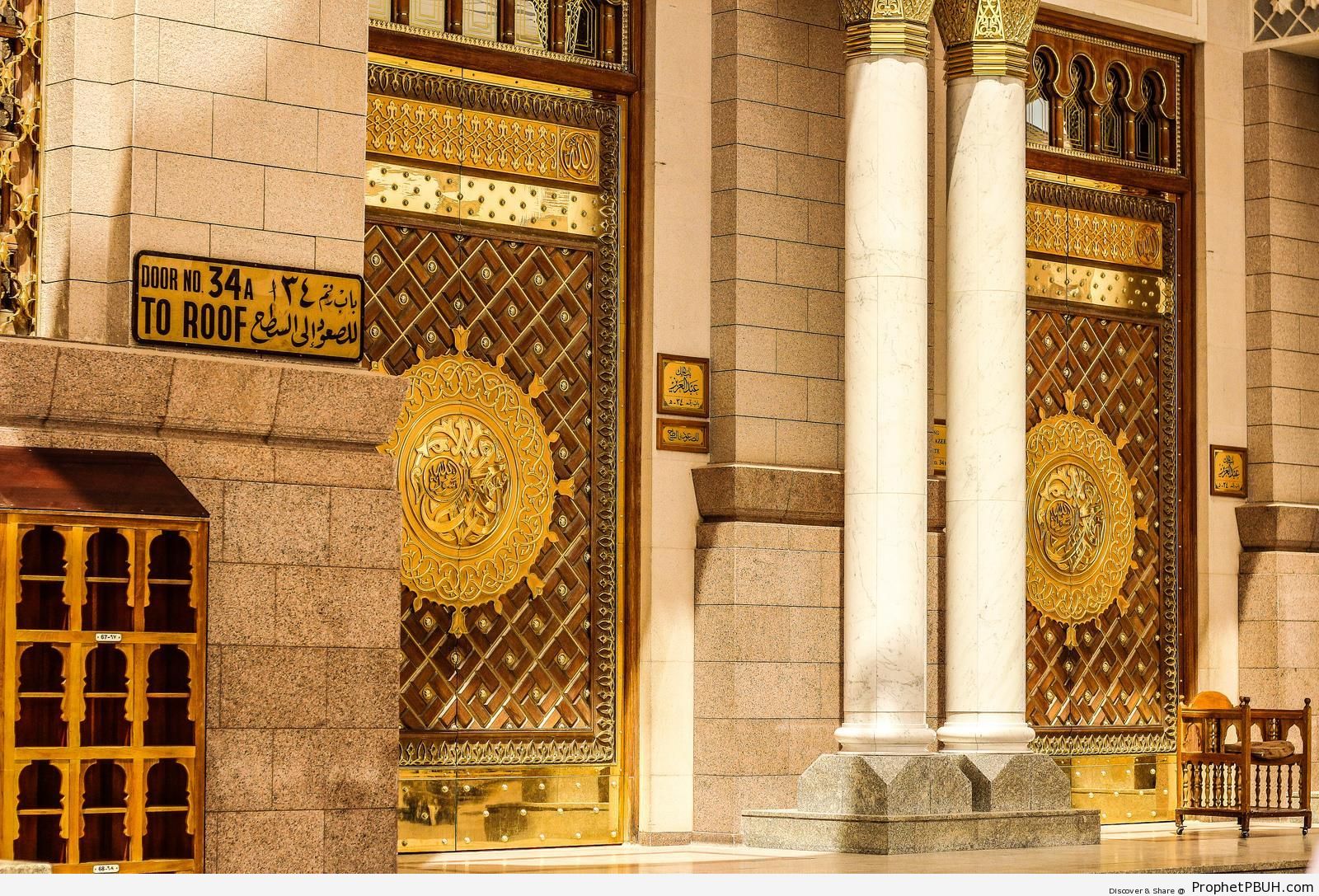 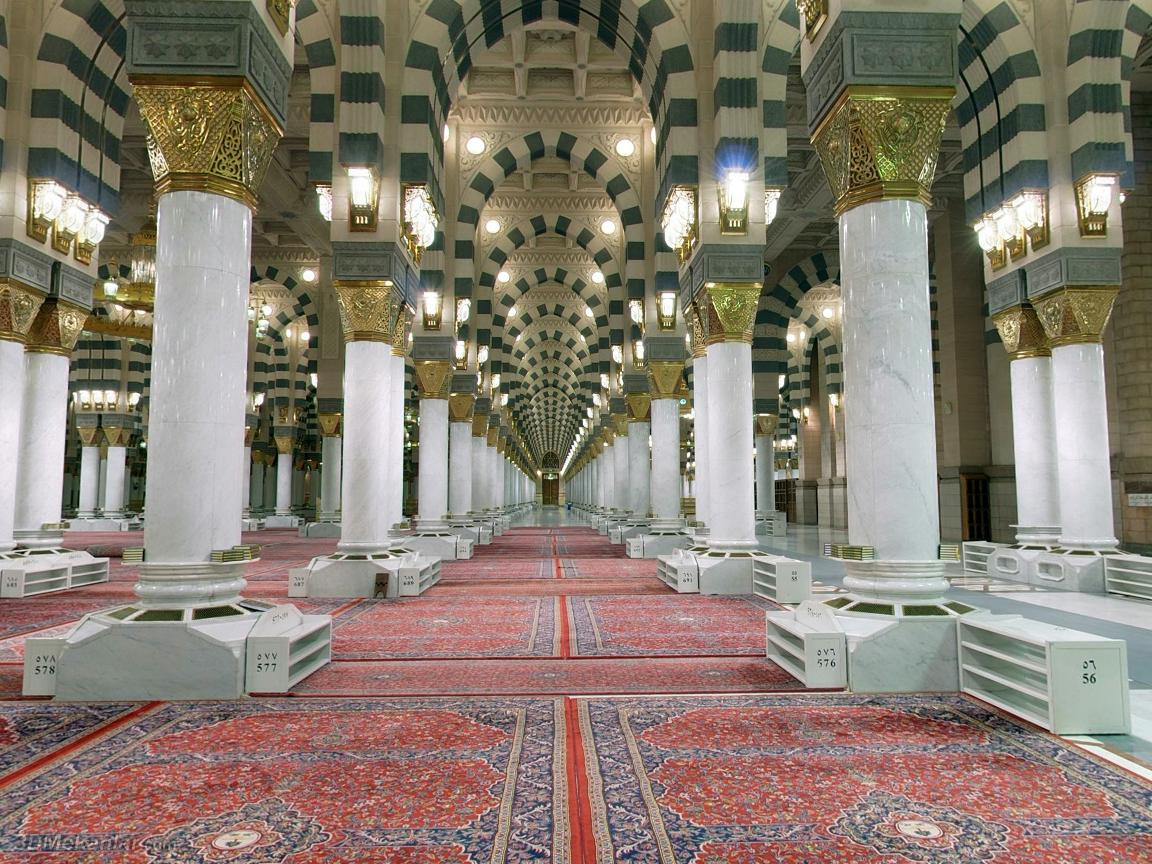 One of the most interesting features of this mosque are the “retractable-umbrella canopies” that are all around. Saudi Arabia is usually very hot during most times of the year, with having so much open space in the courtyard, these foldable sunshades were put in place to provide shade and keep the marble on the floors from getting too hot. They were designed by German architect Mahmoud Bodo Rasch and were fully installed at the end of 2010. 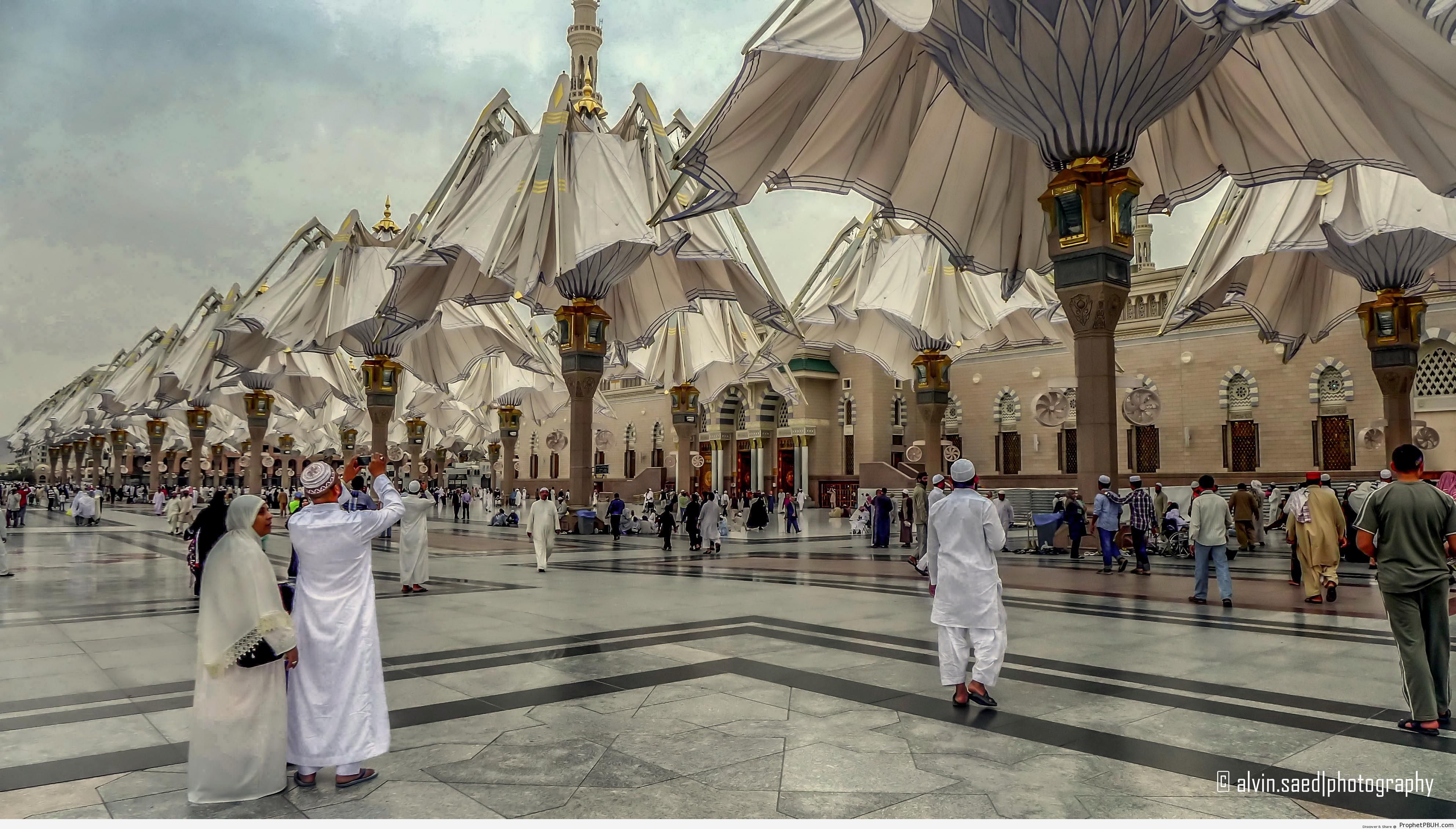 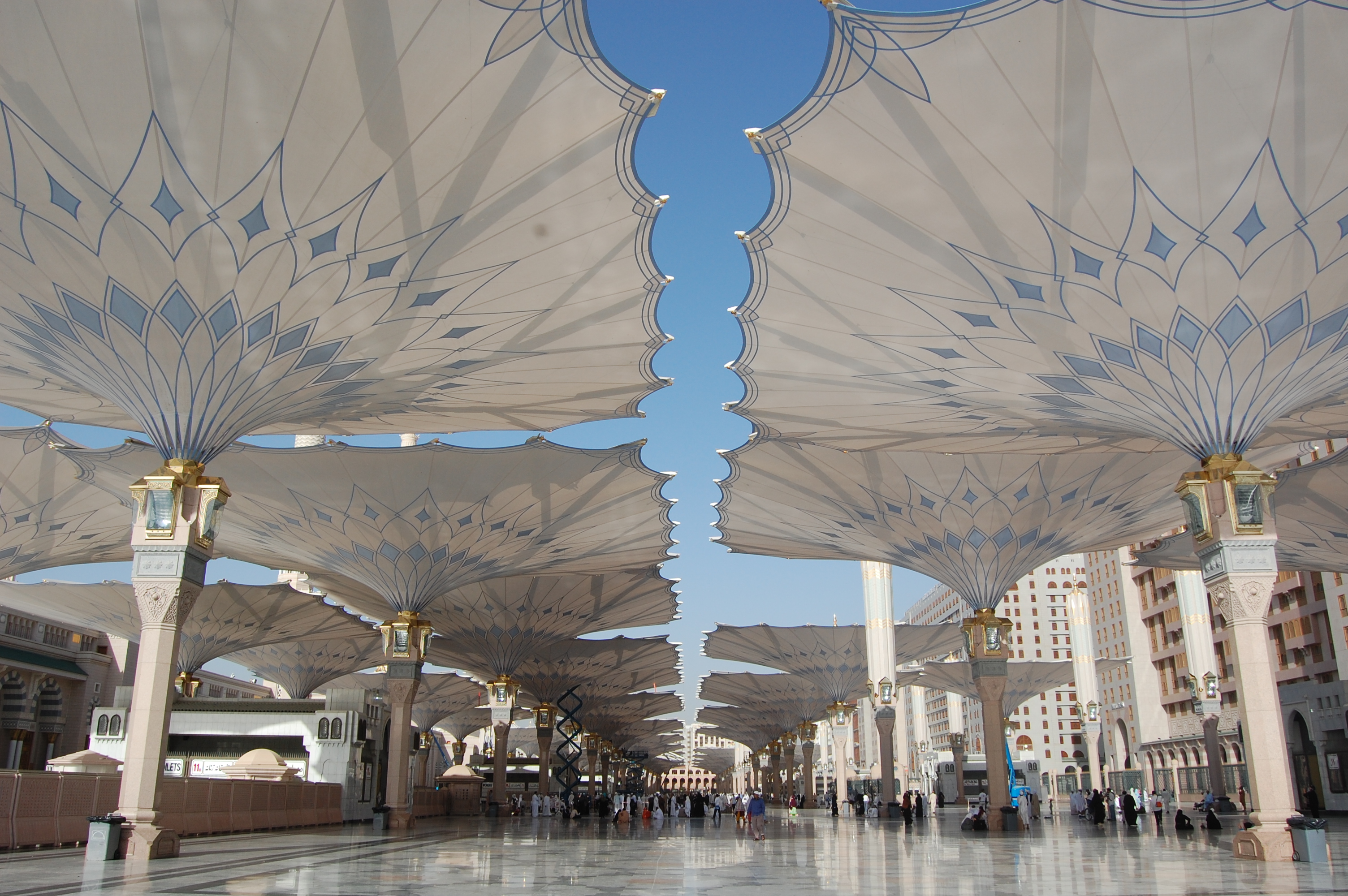 Though I have never personally been to this mosque I hope to be able to visit one day. My friend mentioned these incredible folding umbrella’s and I knew I just had to write about them. Even though I don’t have the physical connection with the building like all the others I’ve written about. The spiritual and religious connection is there!