Louis Kahn was given commission for the Phillips Exeter Academy Library in New Hampshire in 1965. The building was completed about six years later and the doors opened sometime in 1971, with classes on campus being suspended for a day so that the students and faculty could move all the books from the old library to the new. Kahn had a high regard for books, and already had library designs at his disposal when he was chosen for the job. In fact, he had only a few months before submitted proposals for a new library at Washington University. After about fifty drafts of proposals for the Academy’s library, the building committee and Kahn finally came up with a plan. 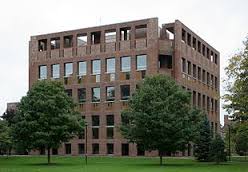 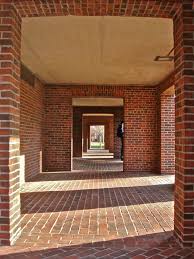 The Phillips Exeter Academy Library is the largest secondary school library in existence, with shelving space for over 250,000 volumes. My favorite part about this piece of architecture is that Kahn seemed to build it with a sense of drama. It is as if, to me, he wanted to build something that gave the patrons a sense of the adventures that were within the books it held. I get this feeling through descriptions and pictures, although I would love to some day visit it. Upon entering, you are greeted by a two circular staircases that lead you to a central hall. The central hall is lined with levels of circular openings that show stacks of books, almost like windows. 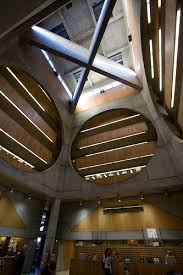 On the outside of the shelves toward the exterior of the building are small cubicles for studying. The library houses 210, and each have a desk, a chair, and a window view to let in natural lighting (there Kahn goes again). This structure and Kahn’s purpose behind different aspects has become a topic among experts. Every aspect of the building seems to have a purpose, from the large crossbeams in the central lobby to the cut offs of the corners on the exterior. Each of these facets reveals in some manner how Kahn expected or how he thought students should feel upon entering. 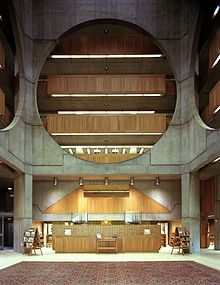 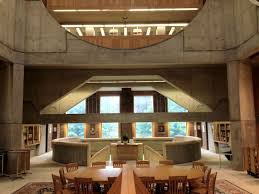 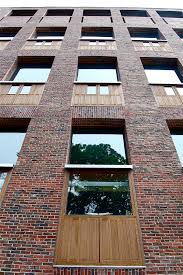