Back home in Red Lion, Pennsylvania, I went to a very large church; it was attended regularly by four or five thousand people. The building was low—only one story tall—but vast and sprawling. The outside was beige brick with large windows, and the design was all right angles and straight edges, without curves or slopes. The roof is flat, without any steeple. The inside is a virtual labyrinth of hallways, rooms, and auditoriums, without an obvious layout. 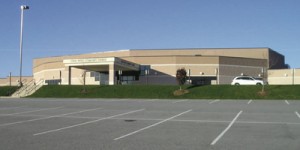 Honestly, I didn’t like that it was so massive. It made the building interesting, because there were so many hallways and connections between rooms, but I didn’t like that I hardly knew anyone at all who went to my church. It doesn’t really look like a church; despite its size, it’s difficult to see from the road, because it’s a short building, it’s set far back from the road, and it’s most of the way down a large hill. The parking lot is simply massive (it’s where I practiced driving), and the building looks more like some company’s facility than a church.

I’ve been going to Living Word ever since I was very little, so I can’t remember my first impressions of the building. It’s funny, because everyone there is very friendly, but its size makes it somewhat impersonal. It’s easy to blend into the background, to not really interact with anyone; I suppose it’s easy to be anonymous in a crowd. The building, too, doesn’t give me the impression of having its own character, as other churches do; rather, it seems nondescript and impassive.