Moody Nolan Architects are responsible for building several public facilities including but not limited to libraries, gyms, and hospitals. The Harvey Public Library District is located in Chicago Illinois, and according to Moody Nolan Architects it has “been serving the suburban community for more than 115 years.” Since the community has begun to expand beyond the libraries capabilities they turned to Moody Nolan Architects to not only expand, but renovate the entire facility. A list of the additions made into the new library include: Separate reading and computer rooms, community meeting spaces, study/ homework areas, age-segregated reading rooms, and mother/infant study areas. The Inside of the building contains several wide and open areas with a clear view to the outside. This is quite different from traditional libraries, which can make people feel shut in due to the lack of windows. The colors chosen for the décor are neutral in study areas and vibrant in open community rooms which helps set the tone for each space. 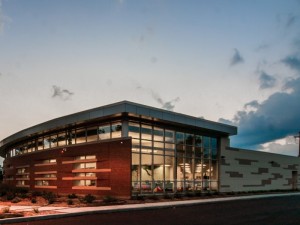 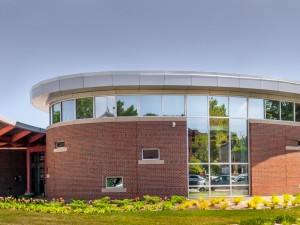 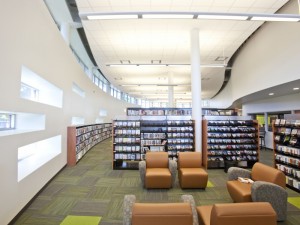 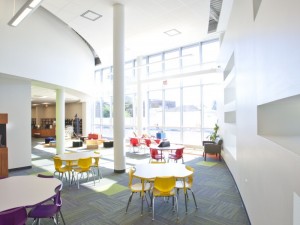