In a city as magical as New York City it is inevitable that each block is jammed with astounding architecture. Even the smallest of buildings seem to be strategically designed to fit with the city “look” and the city “feel”. New York City is one of my favorite places in the world because of the busy city feel that surrounds you when you walk the streets.

Aside from the unbelievable architecture that goes into constructing the buildings in major cities, the second most important city life aspect is the transportation. That being said, when beautiful architecture and city transportation come together you have a recipe for a jaw dropping structure. I visit NYC often and during each visit I somehow end up back in Grand Central Station, watching the bustling city life, the trains that take citizens where they need to go without taxi cabs and jay walkers getting in their way. I could sit in this beautiful place for hours on end, people watching, and thinking about the amazing and endless livelihood of a city as large as NYC.

Aside from being a iconic building for cities, train stations come with endless amounts of stories, there is so much history in the structure that many don’t take the time to think about as they rush out the doors and head for the office building they essentially live in. Grand Central Station is beautiful for many reasons, but it certainly does not lack in architectural beauty, with so much detail in the stone, dome ceilings, carefully carved clocks, and much more.

There are obviously a number of buildings in NYC that represent top of the line architectural genius, but a train station represents a city. A train station comes with a cities history, its classical architecture is timeless, despite the time crunched citizens that run through its doors each day without taking an extra minute to take in the beauty of the building itself. 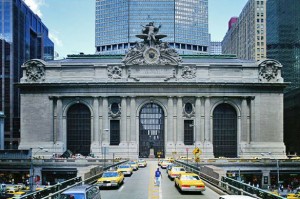 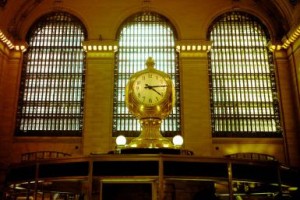 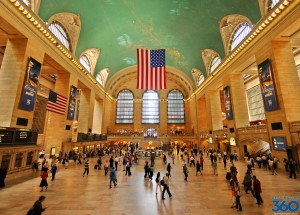 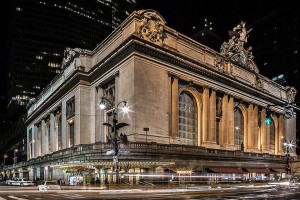