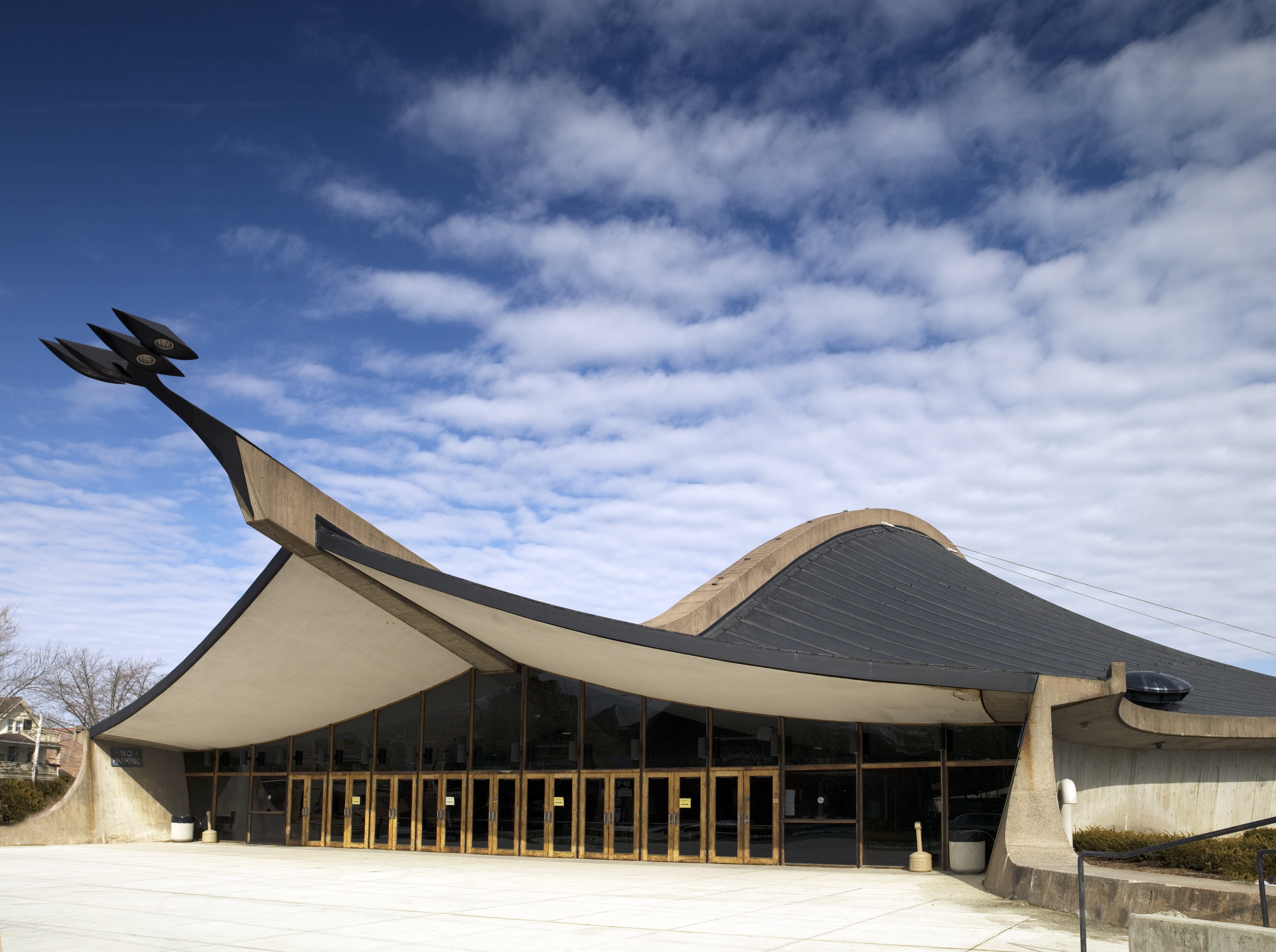 The Yale Ice Hockey Rink looks like a whale. At least that is what I said when first looking at it and it seems that I am not the only one. Many have given the building the nickname “The Whale”. The building was included on Americas Favorite Architecture list, created in 2007 by the American Institute of Architects. 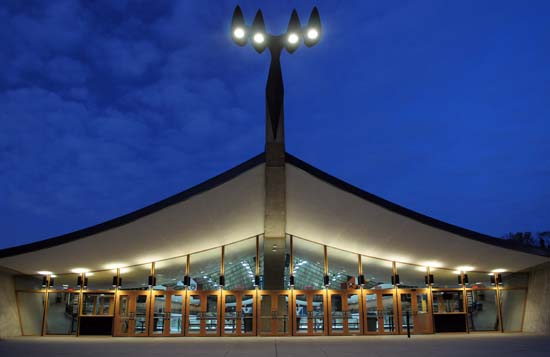 The Ingalls Ice Arena is located on the campus of Yale University in New Haven, Connecticut. It was named after David S. Ingalls Sr. and David S. Ingalls Jr. both of whom were Yale graduates and captains of the Yale ice hockey team. 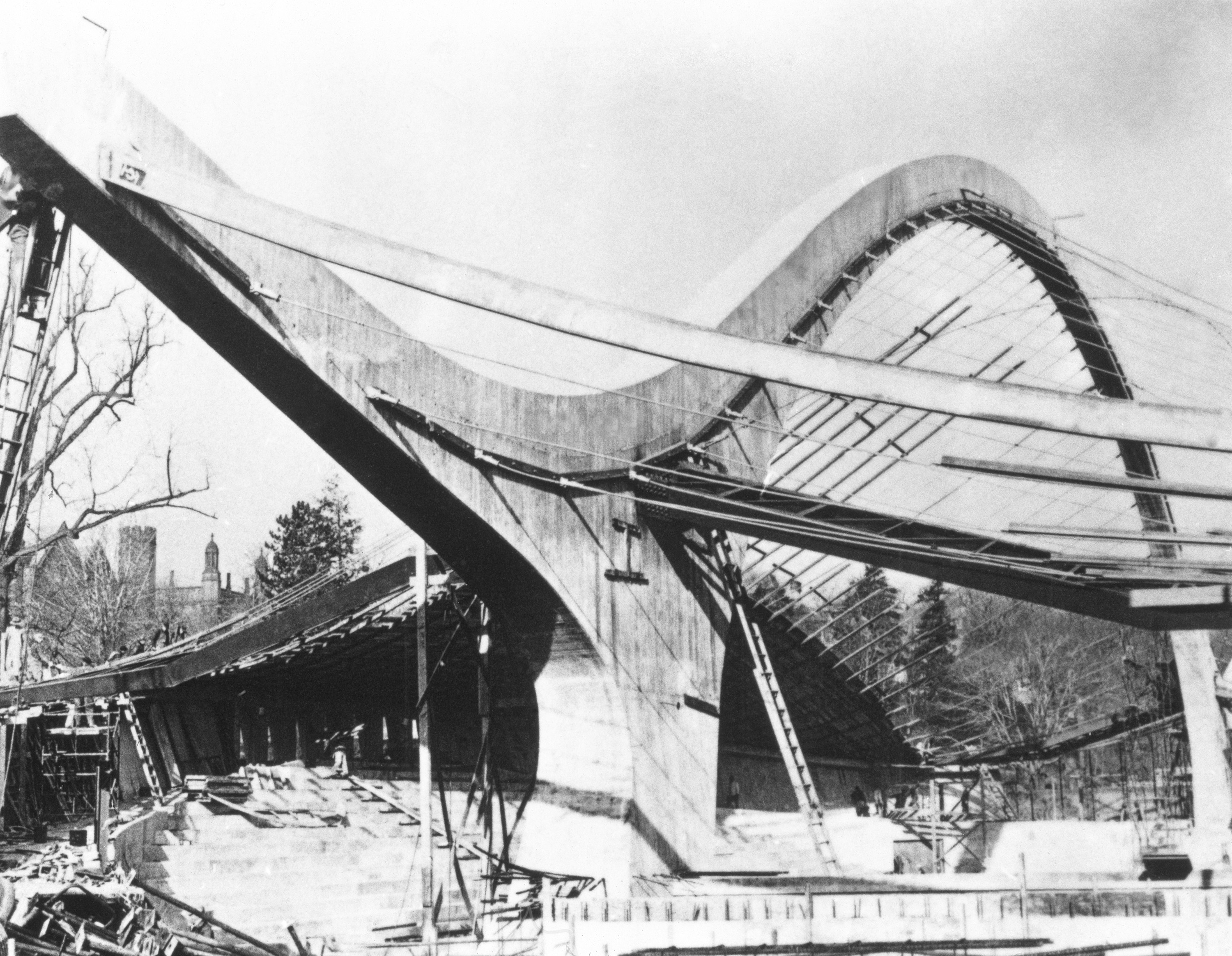 The rink’s structural system has 90-meters of reinforced concrete arch. This might seem familar to many of my other posts because just like many of his other works this arch forms a catenary arch, something which Saarinen seems to be very fond of.