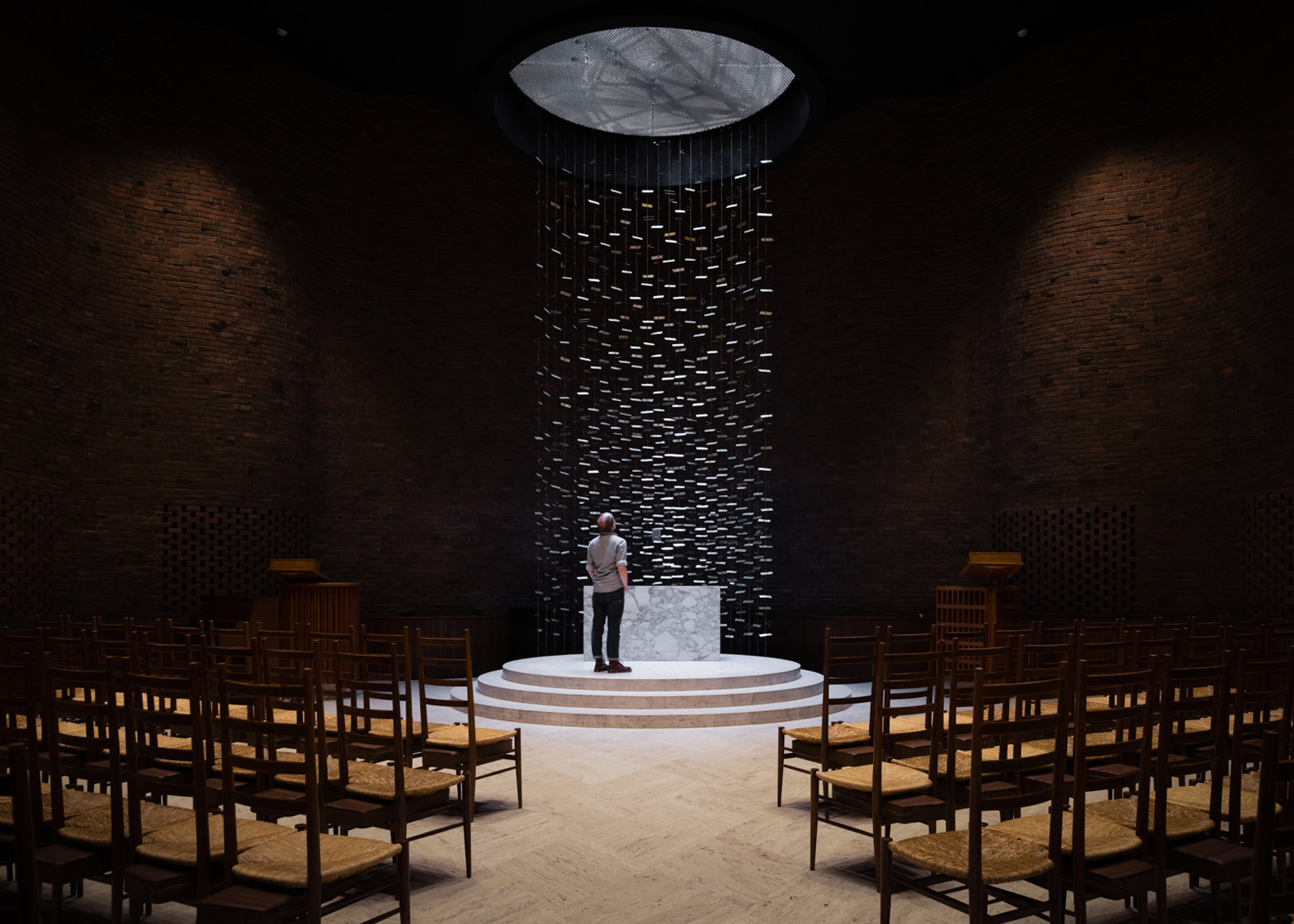 The MIT chapel is probably one of Eero Saarinen’s least recognized works. That is because it is much different then what he became known for, which is forming these grand and large archs. The chapel is built on the Massachusetts Institute of Technology campus in Cambridge, Massachusetts and was completed in May 1955 alongside Kresge Auditorium, another building Saarinen designed. 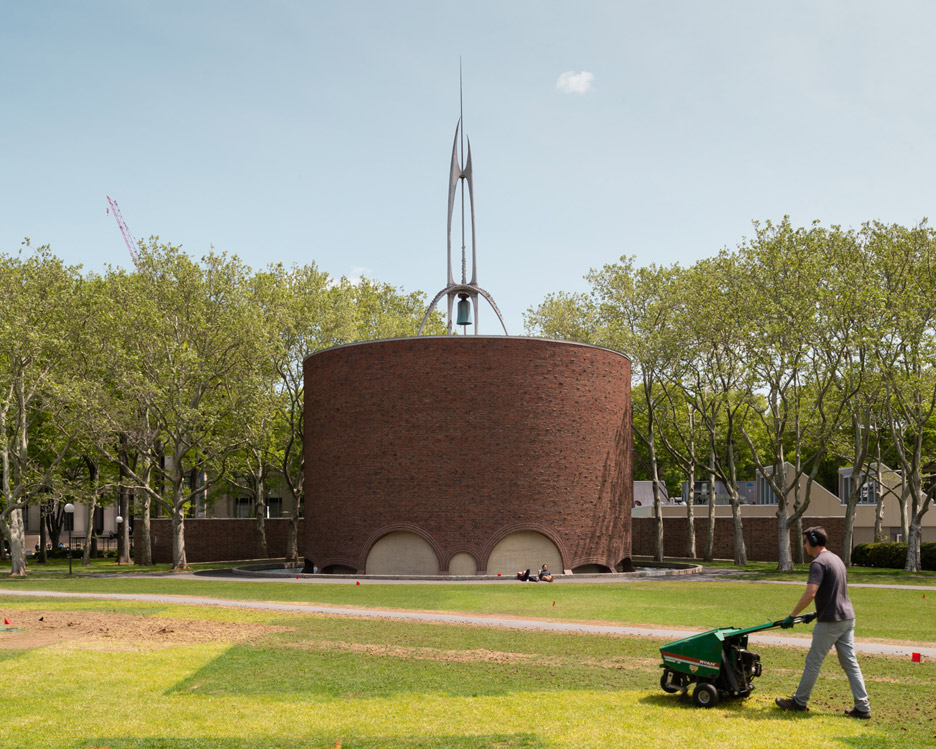 From the outside, the chapel is a simple, windowless brick cylinder. Some found this very odd but Saarinen explained that the chapel’s windowless cylinder “implied the self-contained, inward-feeling which was desirable” for a place of worship. He noted that its undulating interior walls promoted good acoustics as well as an “enclosed feeling.” 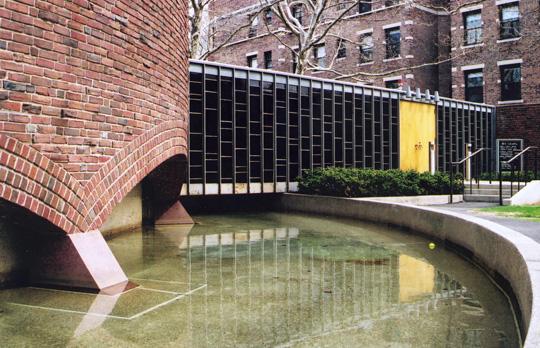 Like with many of Saarinens later projects, he designed the landscaping around the chapel as well. The chapel, itself, is set inside a shallow moat. “The whole is set in two groves of London Planetrees, with a long wall to the east, all designed by Saarinen. The wall and trees provide a uniform background for the chapel, and isolate the site from the noise and bustle of adjacent buildings.” 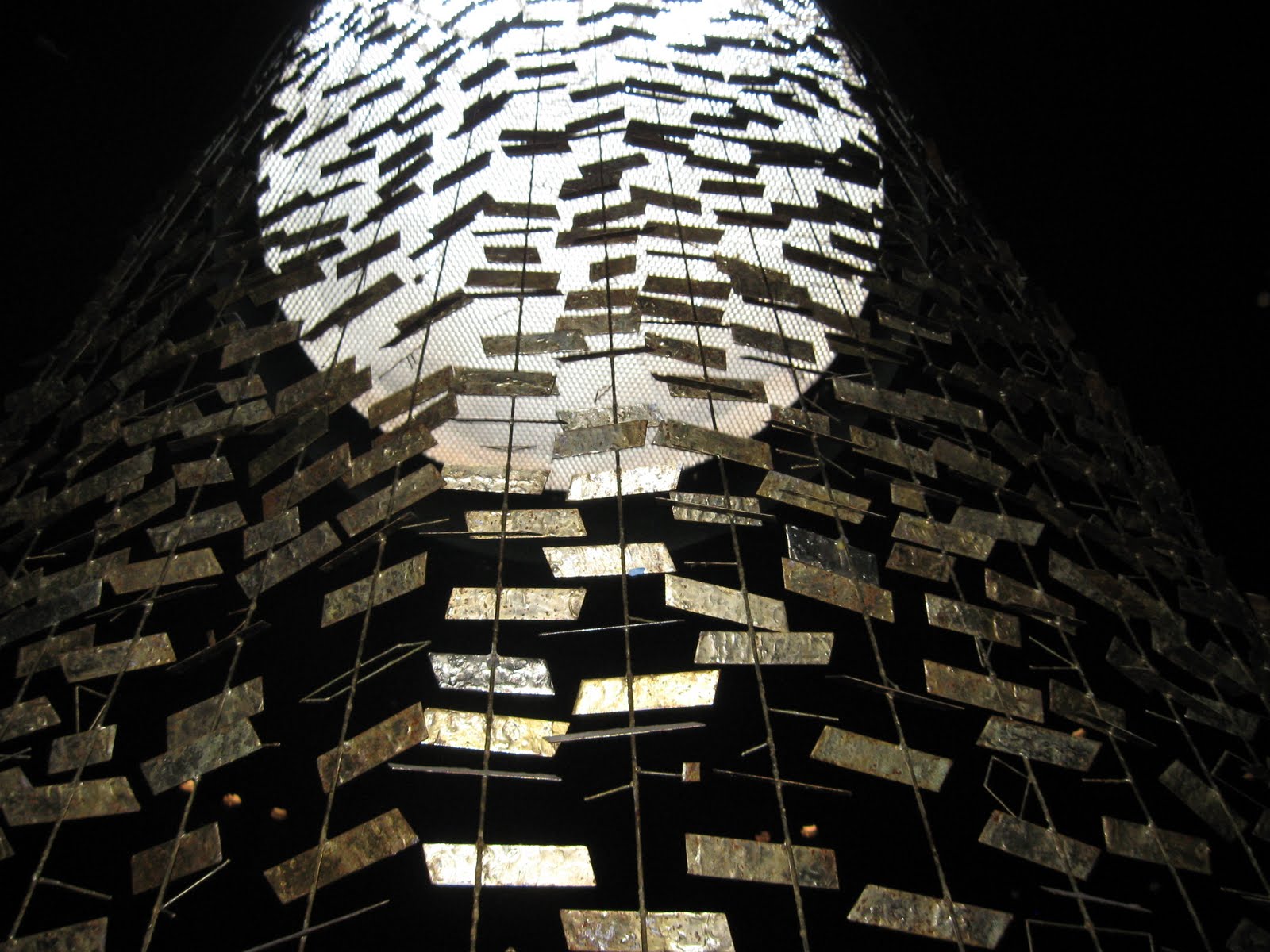 A stained glass entryway leads to the chapel, the centerpiece of which is a solid marble altar placed in the center of a circular marble platform. Twinkling down like a cascade of light from the circular skylight a metal sculpture created by Harry Bertoia stretches all the way down to the marble altar. 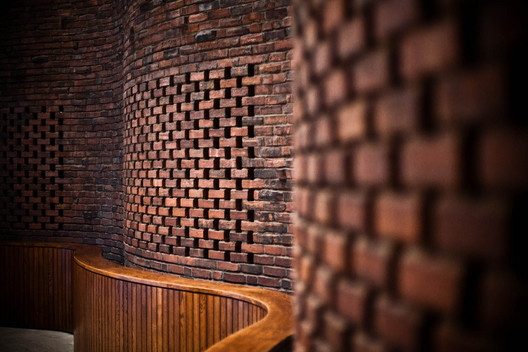 Saarinen decided to chose bricks that were rough and imperfect to create a textured effect inside and outside the chapel.