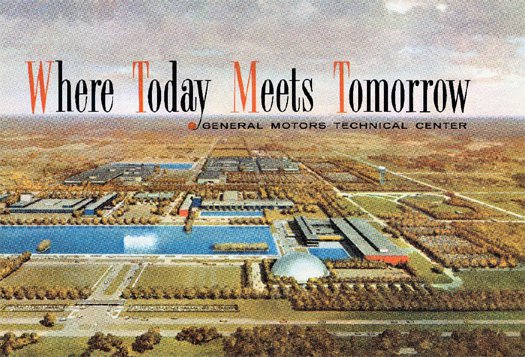 The General Motors Technical Center opened in 1956, with the initial scheme drawn by Saarinen a decade prior in 1946. The Technical Center project was said to embody the spirit of the post-World War II era in the United States and of the “prosperity and modernity of the nation and its people.” 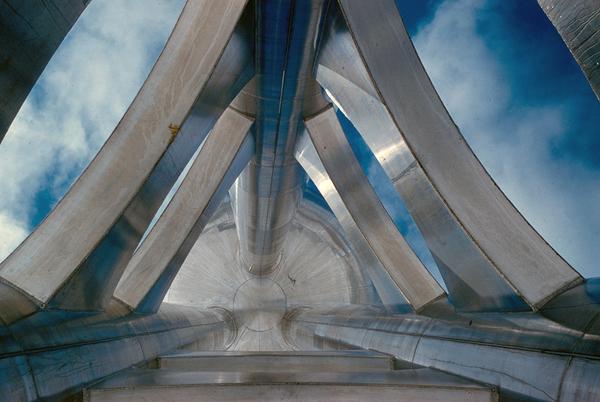 Saarinen worked on the office’s ambition of creating a super thin glass and metal curtain walls. He gained inspiration while working with a porcielin-enamel manufacturer, and had the vision to use 2 inch thick gray steel panels. “The exterior metal facing was bonded to a resin-impregnated paper honeycomb core filled with a perlite, a granullar insulation materical.” The porcelain-enamel panels ended up becoming a standard in the building industry, and Saarinen went on to use them in his later projects. 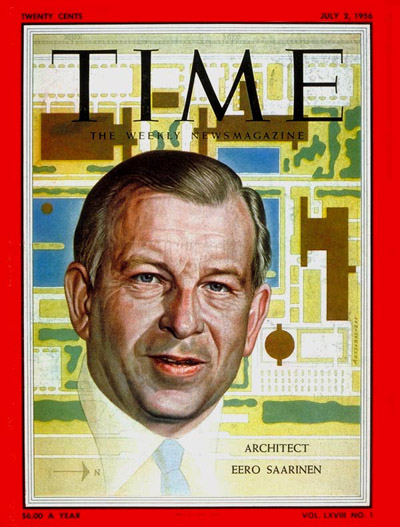 Time magazine featured Eero Saarinen on the cover of its’ July 1956 issue. The magazines’ cover story on the General Motors Tech Center, two months after then-GM president Harlow Curtice had been named Time’s “Man of the Year”. 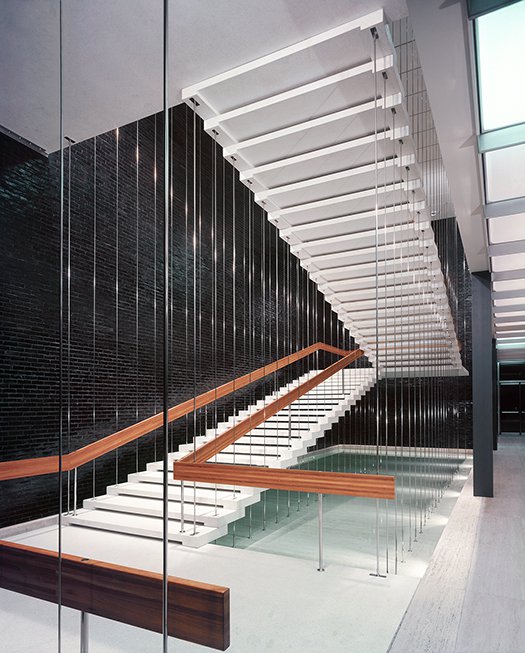 The GM Technical Building is unique to Saarinen’s architectural career as it represents Saarinen as a planner and designer as well as an architect.  Saarinen worked with key collaborators of the building(s) to help in decision making on the materials, construction methods, landscape, furniture and furnishings, and artwork, of the Technical Center. 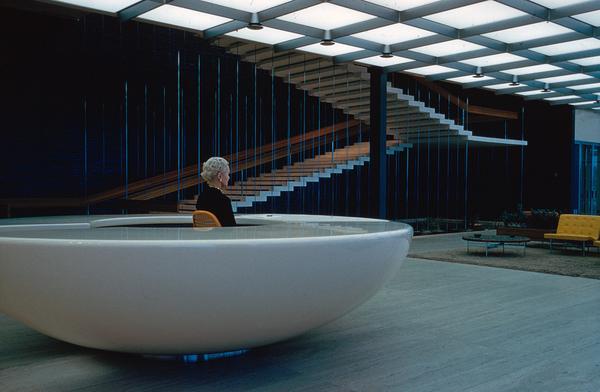 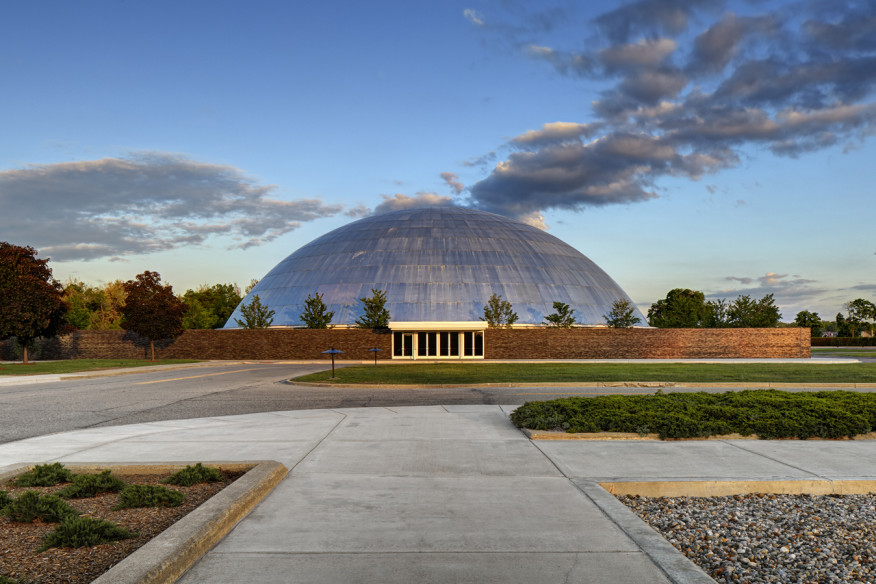 Another major part of the campus of buildings for the GM Technical Building was The Dome. For all the buildings Saarinen wanted his design to be based on steel –to represent the metal of the automobile– so along with the gray steel panels he made for the main building, he wanted to integrate a similar concept for the dome. 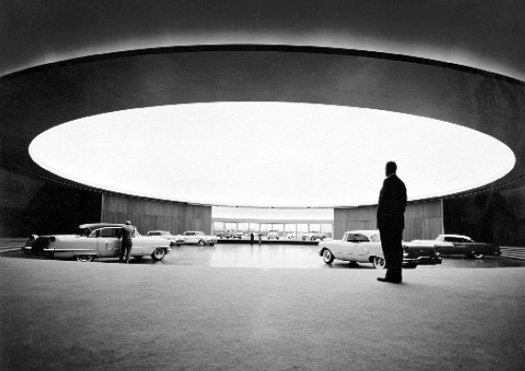 “Saarinen enlisted Richard Kelly, an architectural-lighting genius, to create a shadow-free space where a car’s contours could be evaluated. The interior span, illuminated from a cove at the base of the dome ceiling by 1,000-watt, stadium-type, incandescent floodlights, cast its reflected glow over the display floor.”