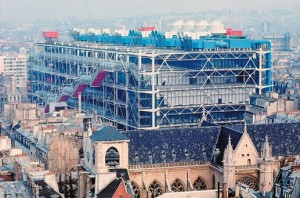 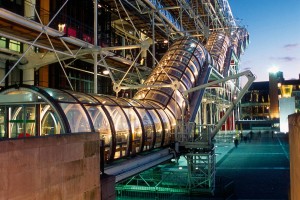 met Rogers at Expo ’70 in Osaka Japan. The realized they have a lot in common and then had an engineering firm suggest they compete to build the Centre Georges Pompidou, so they did.  The building was an overwhelming success — often described as “high-tech” by its spectators. Piano himself was displeased with this interpretation, however. His intention was not to create a “high-tech” structure, but a “joyful urban machine” that slightly resembles a “ship in dry dock.” According to the New York Times, Centre 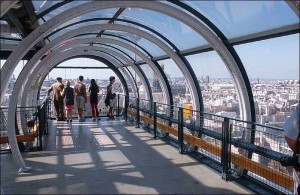 Pompidou “turned the architecture world upside-down.” All-in-all, its design was undeniably a huge success. Needless to say, Roger and Piano became recognizable names across the globe.

It houses the largest museum for modern art in Europe, as well as a vast public library. By 2006, the building had over 180 million visitors. Needless to say, Piano and Rogers names’ were recognized around the world.  Piano and Rogers went on to found an architect firm called Piano & Rogers.