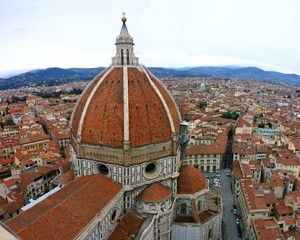 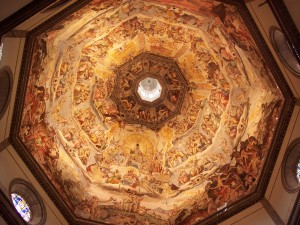 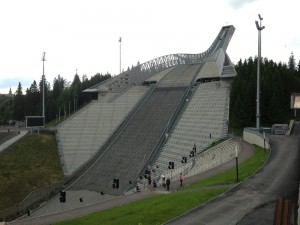 When I visited Oslo, Norway in 2015, my family took a trip around the city to see significant buildings and structures. That is when I had the privilege to visit the Holmenkollbakken Ski Jump. Built into the mountainside in the 1890s, this structure has been the site for many important skiing events in history, most notably the 1952 winter Olympics. Because of how it is built into the mountain, it is hard to take in its vastness from one angle. When I first came up to it, all I saw was the metallic top, with a gift shop and coffee bar underneath.

Ignoring the modern additions, it was amazing, as a sports management major and general sports fan, to see something that brought so many people together. It was still standing at its original location over 100 years after it was initially built. It has seen 19 restructuring/expansions, and has acted as not only host to major skiing events, but served as a military artillery when Germany took over during the Second World War. This now modern icon of the city can be seen from the center Oslo, and represents, somewhat, their independence. It is still used for sport today, and continues to bring money as both a national arena and a popular tourist attraction.

The grandstands, built for the 1952 Olympics, hold upwards of 70,000 spectators. The most recent design of the actual jump, built in 2006 for the 2011 World Championships, was meant to be modern but retain the classical allure. It’s simple facade of class and metal and its silhouette keep with the simplicity of the sport and the city.  Its height and width make it stand out. The most amazing aspect of the recent design however is the lighting. Although I was not able to see it at night, the somewhat overcast day allowed me to get an idea. The use of spotlights both inside the jump and from the outside runway highlighted the Holmenkollbakken in a way that allows spectators to view both the simplicity of its base structure and the grandeur of its overall design. 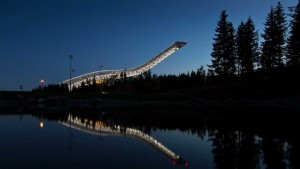