The City Museum: when peter pan moved to St. Louis and built a playground in an abandoned shoe factory!

Being from Chicago, I am desensitized to city attractions; sure, tourist attractions cool and I enjoy visiting them, but they end up being just another attraction in another city I will forget about a week later. Typically, when I think of a city I think of it in a holistic manner, the city as a whole filled with various monuments, attractions, eats, etc. It is a “seen one, seen them all” sensation. But when I think about St. Louis, one specific, one of a kind attraction comes to mind. There is nothing in this world like the City Museum in St. Louis, Missouri.

Though I did not think about this until now, everything that makes the City Museum so magical is related to the architecture of this massive urban playground. It is difficult to describe the experience in words that could do it justice; with each visit I found my experience to be different, discoveries to be new, and appreciation to be heightened. I distinctly remember my first visit, running all over the place, climbing on and crawling under as many things as I could, taking endless amounts of pictures of the seemingly random, but beautiful, “parts” that make up each floor of the museum. The museum is so jam packed, full of the most intricate, unique, recycled, and strange materials. It is entirely overwhelming, the space and the materials, the colors and potential of the architecture allows for a magical experience. You can climb on everything, you can slide, swing, hide, explore, and essentially get lost in the endless discoveries from the underground tunnels to the fourth floor, to the roof and outside.

Writing this post I feel as overwhelmed and random and I do each time I enter the City Museum. There is a structure built with no structure, seemingly no organization, no plan- just the coolest materials used to create the coolest, most magical and unique urban playground I have ever seen. The “parts” would not be considered compatible in any other building, it would seem crazy to think that a massive mosaic, a whale, and a rusty rolling slide could be placed in the same building; and that is exactly what makes it so genius. Continuing to try and think of ways to describe the wonders of this Museum will only lead to more unstructured rambling, an inability to find words that can do it justice, and a longer post. Instead, I will end here and leave the rest of the story to be told by the photos in hopes that anyone who reads this post will visit the City Museum the next time they are in St. Louis. 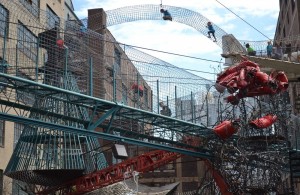 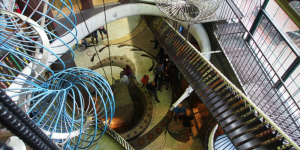 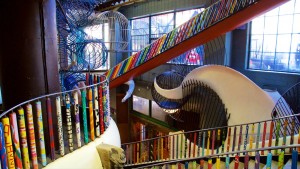 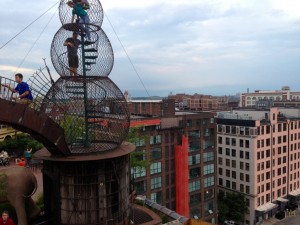 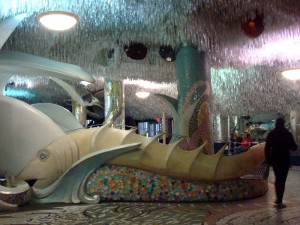 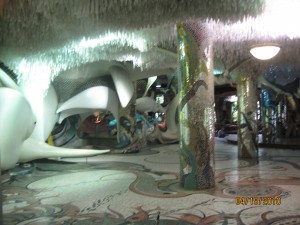 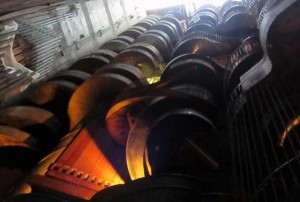 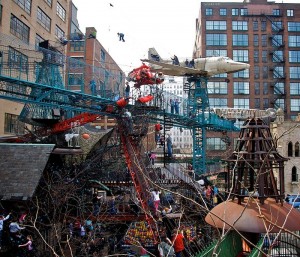 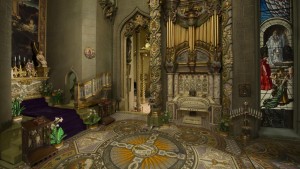 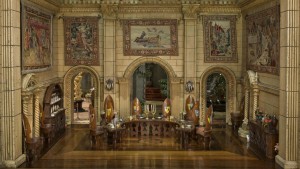 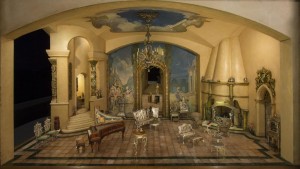 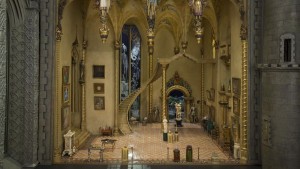 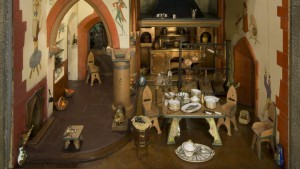 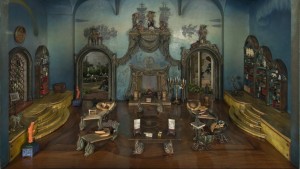 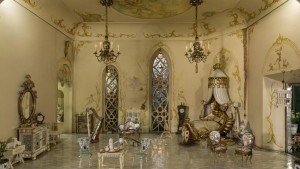 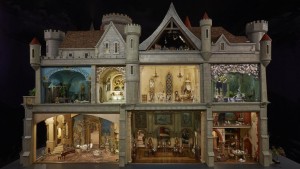 When I initially enrolled in this course I was hoping that I would get to construct a miniature model of a building. I have always been fascinated by miniatures and the tiny details that go into constructing models. Since that is not the case, I have decided to at least write my first blog post about the most elaborate, intricate, and beautiful miniature building I have ever seen- the Fairy Castle. The  Fairy Castle lives in the Science and Industry Museum of Chicago (MSI) and I have been visiting the tiny house since I was nine years old.

Colleen Moore, a famous actress of the silent film era, collected and created every aspect of the castle and each detail is real and functional. The materials, paint, designs, objects are all simply miniature versions of those that would be used to construct a life size castle (gold, tile, stone, etc).  With the help of architect Horace Jackson and interior designer Harold Grieve she was able to bring this enchanted dream to life. According to the MSI website, Jackson created the floor plan with the idea that, “the architecture must have no sense of reality. We must invent a structure that is everybody’s conception of an enchanted castle”. The miniature aspect of this building seems to inspire observers to take a closer look at the fine details of the architecture. Each room of the castle correlates to a set of headphones through which observers are able to listen to an account of how the items in that particular room are special to the overall collection. Looking at the photos attached to this post, I intend for readers to find a deep appreciation for the unique aspects of miniature architecture with details as intricate as those implemented in this building.

To read more about the details of each room, visit the link below: